Below is a partial list of the academic papers I've copyedited and proofread. To view the list formatted according to various academic styles (Chicago/Turabian, APA, MLA), check out this PDF.

Educating Milwaukee: How One City's History of Segregation and Struggle Shaped Its Schools

A great little book written by a university president. I copyedited it. 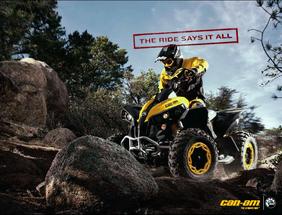 Can-Am Product Catalog
Here's a very technical product brochure that I had to proofread many, many times before publication.

Until proofreading this book, I was unaware that 18th-century Scottish adventure is a sub-genre of romance fiction. It was so much fun to work on.

This is a cool little book about using Excel to win fantasy football. Sometimes work and play intersect.

The Millionaire Fastlane: Crack the Code to Wealth and Live Rich for a Lifetime​

Get Your Money Right: The 7 Keys to Unlocking a Better Financial Future

Below are a couple of the projects I've worked on in the glitzy world of advertising. Click on them to download PDFs.

Assessing the Relationship Between Intercultural Competence and Leadership Styles: An Empirical Study of International Fulbright Students in the U.S.
by Chris Cartwright

Applied Baccalaureate Programs in Community Colleges—to Implement or Not to Implement: A Case Study of Lessons Learned at Green River College

Change Management and Guided Pathways: Creating a Plan for Implementation at a Washington State Community College

by Sy Ear and Sandra Spadoni

Kingdoms of the Earth: Coloured Identity, African Initiated Churches, and the Politics of Black Nationalism in South Africa, 1892 to 1948
by Tshepo Masango

Intercultural and Academic Transitions: A Study of the Gap Between Chinese Secondary Schools and Western Universities
by Bonnie K. Mills

From No Choice to Forced Choice to School Choice: A History of Educational Options in Milwaukee Public Schools

A Case Study: Transitioning of Leadership at Elisa Monte Dance and Its Plans for Sustainability in a Competitive New York City Dance Market

Betting the Scot: The Highlanders of Balforss Book 2

Below are some of the many books I've had the opportunity to work on. Click on any of the titles or images to learn more.

I had the pleasure of copyediting this book, a concise how-to guide on teaching money management to children.

I spent more than five years on the editorial staff of Quality Progress magazine. Below are a few of the many articles I edited in my time there. The style we followed was a modified version of AP style. ​​Click on a title to download a PDF. 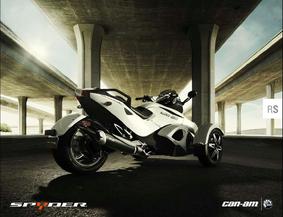 This is the first in a series of action/
​mystery novels I've proofread. They're all page-turners, and I'm lucky I get to work on them.

Faith in the Freshman: A Story of Hopes and Hoops

Here's an engaging book I proofread about getting rich slowly.

Here's a wonderfully informative book packed with facts about the desegregation of the Milwaukee Public School system. I copyedited it from cover to cover.

Here's an engaging book I proofread about getting rich quickly.

Spyder Product Catalog
Here's a product brochure that I had to proofread before publication.

I was the regular editor of a bimonthly column called "Measure for Measure." As you can tell from reading it, the column was highly technical.

Ghosts in Your Process? Who Ya Gonna Call?

Here's a fairly technical article about a nine-step problem-solving process that focuses on data examination.

​
Bringing Lean to the Office
This article is about a group of college students who use the principles of lean manufacturing to improve processes in the university’s admissions office.